So, I previously wrote about iDoceo’s new rubric update, and how I was excited to start using it!

Well, now I can safely say I’ve used it, and I love it! So, I trialed it with my Grade 7 and Grade 8 end-of-year drama assessments, where they had to create a short script for a ‘fable/fairy-tale mix-up’, rehearse it and perform it in front of the class. I created the rubric on iDoceo, took a screenshot and shared it with the classes at the beginning of the task so that the students had an idea what is expected from them.

As the students worked on the task (which took a few lessons), I would assess each criterion at the appropriate time: ‘Script’ was recorded on the rubric in iDoceo as soon as I had read their script, ‘Use of rehearsal time’ and ‘Groupwork’ I had assessed during the rehearsal period based on my observations of how the group members interact and rehearse’, and finally ‘Performance’ I would assess as the students performed their scenes.

Then I would hold a conference with each student where I would AirDrop them a screenshot of their assessed rubric, which they would then insert into their Portfolio in Book Creator. We would then record a short voice note where we discuss how they felt about the task and I give them one positive comment and one useful suggestion for improvement in future performances. 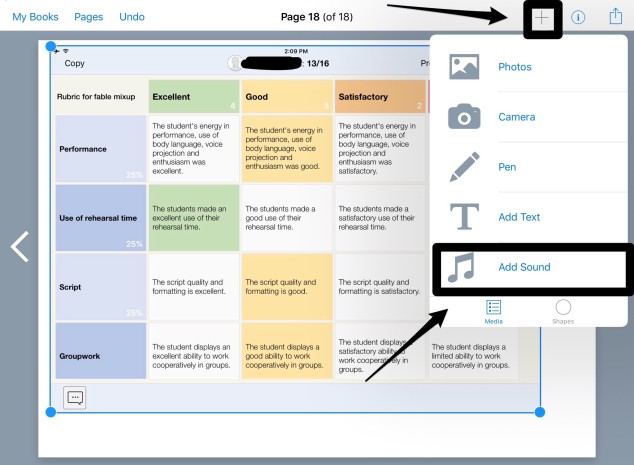 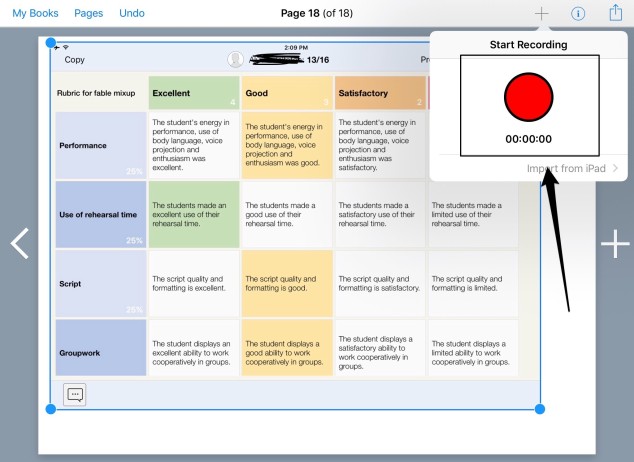